Skip to content
Failed Marketing Tactics and How They Were Resolved

Failed Marketing Tactics and How They Were Resolved

Though here at Planful we’re firm believers of the saying, “There’s no such thing as a bad idea.” Sometimes your marketing tactics will fail, and you’ll need to pick yourself back up. We found some famous examples of this.

First, on the list, we have a recent mishap that involves Delta and Coca-Cola.

These two companies took it upon themselves to invite a mood of flirtation on the Delta flights. Though we think this was a fun shot at creating a conversation with the flight passengers. Some may disagree.

The napkins were handed out to all passengers with the words “Because you’re on a plane full of interesting people and hey… you never know.” However, this may not look like a problem as you flip the napkin over you’ll see, “Be a little old school. Write down your number and give it to your plane crush.” Including a prompted area for you to write your name and number.

Many Delta passengers took to Twitter to complain about the napkins. One even Tweeting, “Hey @Delta and @CocaCola These napkins are creepy AF. Pretty sure no one appreciated unsolicited phone numbers in the ‘good old days’ and they sure as heck don’t want the number of someone who has been gawking at them on a plane for hours today. Not a good look.”

This mistake did not go unacknowledged by both companies. INSIDER reported on comments from both Delta and Coca-Cola admitting to their mistake. A Delta spokesperson stated, “We rotate Coke products regularly as part of our brand partnership but missed the mark with this one, we are sorry for that.”

While Coca-Cola came out and said, “We worked with our partners at Delta to begin removing the napkins last month and are replacing them with other designs.”

When distributed initially these napkins were quite the controversy, now they may be considered a rare gem. If you find yourself on a Delta flight anytime soon, look for the “creepy” napkins. 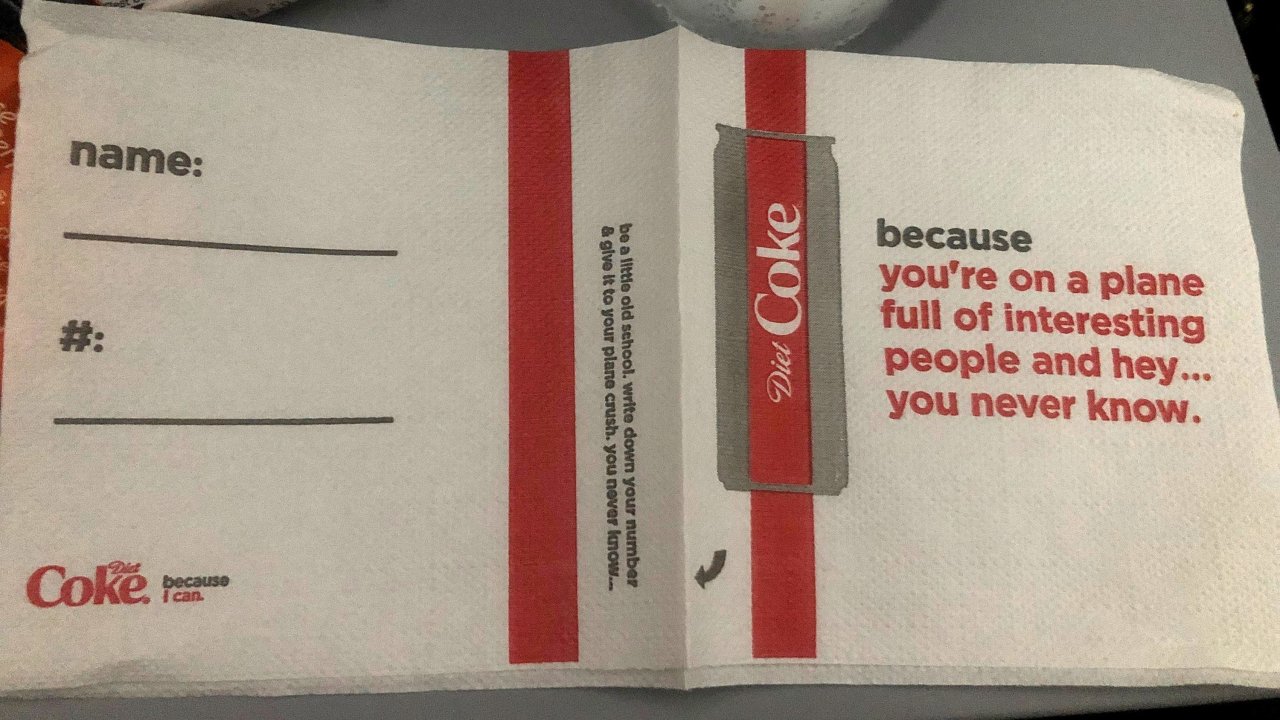 Heineken aired an advertisement with the wording “Sometimes Lighter Is Better.” Though this phrase may not mean much due to the fact that Heineken is a light beer…it gets worse. According to an article by Back To Proof, the advertisement showed the phrase, “Heineken quickly blows that off in a shot of a beer sliding down a bar. The beer passes exclusively dark-skinned black people before making its way into the hands of a light-skinned woman.”

Chance, The Rapper took to Twitter in response to the ad Tweeting, “I think some companies are purposely putting out noticeably racist ads so they can get more views… The ‘sometimes lighter is better’ Heineken commercial is terribly racist omg.”

Heineken was quick to release an apology stating, “For decades, Heineken has developed diverse marketing that shows there’s more that unites us than divides us. While we feel the ad is referencing our Heineken Light beer—we missed the mark, are taking the feedback to heart and will use this to influence future campaigns.”

Though this mistake could have been detrimental to Heineken, their quick response and clear apology did not go unnoticed. Realizing your mistake can go a long way at times. If you follow Wendy’s social media accounts, I’m sure you’ve stumbled upon a Wendy’s Twitter battle before as this is a common event to happen. This specific Twitter battle arose as Wendy’s argued with a customer on the topic of if their beef is really fresh or not.

Wendy’s Twitter battles, though absolutely a strange marketing technique, usually works in favor of them as it creates tons of attention for the fast food chain and is all in good fun. Meme culture is challenging to understand at times, and that is where the mistake began for Wendy’s.

Wendy’s responded to the client with a popular internet meme, Pepe the Frog, which may not seem to be too big of an issue. Except, according to Bluleadz, “Pepe was used by white supremacists in the U.S. Presidential election in 2016.” Creating quite the controversy for Wendy’s.

In response to this incident and after the realization of the dark turn the meme has made, Wendy’s removed the image and acted as if the tweet never happened.

Though it’s fun to stay trendy with pop culture memes, be aware of what you’re sharing and do you research before things get messy. However not all marketing ends with a fail, check out our blog post on some great examples of digital marketing. Don’t be afraid to take a chance but be ready to fix things if they don’t go as planned.